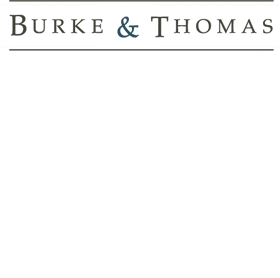 In the premises liability case Staab v. Diocese of St. Cloud, Minnesota Statute § 604.02 is called into question. Alice Ann Staab and her husband were taking a tour of the Holy Cross Parish School at the Diocese of St. Cloud, when Mr. Staab attempted to push his wife’s wheelchair out a door. The edge of the door frame was about four to five inches above the sidewalk outside, and Mr. Staab failed to maintain control of the wheelchair, causing Ms. Staab to fall out of the chair and sustain several injuries including a broken leg. Ms. Staab chose to pursue action against only the Diocese, not her husband. At trial, the Stearns County jury found Mr. Staab and the Diocese to be equally responsible for the accident, apportioning 50% fault to each the Diocese and the non-party, Mr. Staab.

Joint Liability. When two or more persons are severally liable, contributions to awards shall be in proportion to the percentage of fault attributable to each, except that the following persons are jointly and severally liable for the whole award: (1) a person whose fault is greater than 50 percent…

Since Mr. Staab and the Diocese were equally liable, they should each have had to pay half of Ms. Staab’s award – if Ms. Staab had chosen to sue both of them. The first time the district court looked at this issue, it found that Minn. Stat. 544.42 didn’t apply, and ordered the Diocese to pay 100% of the award. That decision was ultimately reversed by the Minnesota Supreme Court, which found that the statute did apply, making the Diocese only severally liable for the portion of the award attributable to its fault, not jointly liable for the whole award. B&T wrote an amicus brief on behalf of the MDLA in that case back in 2010.

After the case went back to the district court, the court made another ruling which required it to interpret Minn. Stat. 604.02 again – this time subdivision 2 of the statute, which provides:

Reallocation of uncollectible amounts generally. Upon motion made not later than one year after judgment is entered, the court shall determine whether all or part of a party’s equitable share of the obligation is uncollectible from that party and shall reallocate any uncollectible amount among the other parties, including a claimant at fault, according to their respective percentages of fault. A party whose liability is reallocated is nonetheless subject to contribution and to any continuing liability to the claimant on the judgment.

The plaintiff argued that even though the Diocese was only severally liable under the Minnesota Supreme Court’s decision, subdivision 2 allowed the court essentially to override that several liability and reallocate the non-party’s (Mr. Staab’s) portion of damages to the Diocese. The district court agreed with the plaintiff. That ruling was appealed to the Minnesota Court of Appeals (B&T submitted a brief there too), which affirmed the district court, and the Minnesota Supreme Court has now accepted review.

The question is, if a party is severally, and not jointly, liable under Minnesota law (meaning the jury found that they were 50% or less at fault), can that party be forced to pay for 100% of a plaintiff’s damages?  We think the correct answer is no. You can read the amicus brief, which our friends at McCollum, Crowley, Moschet, Miller & Laak, Ltd. joined with us to write, here. The oral argument of the parties is scheduled for November 4, 2013.